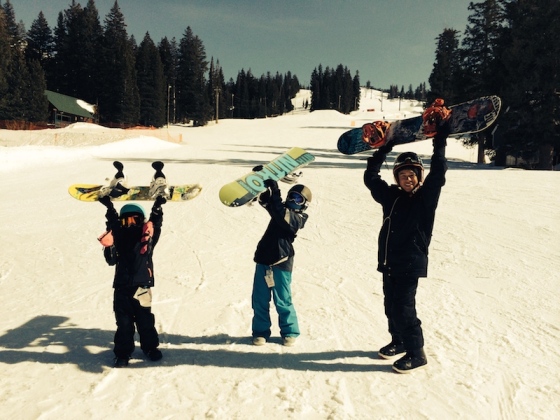 Brighton is a really cool resort because that’s where we learned to snowboard at the beginning of the season. So we thought it would be so cool to go there for the last time of the snowboard season. So we did a big loop. We started in Salt lake UT to Durango CO to Gunnison CO to Denver CO where by the way we saw Sage Gabe’s friend. To Aspen Snowmass to Steamboat springs and then Back To Brighton SLC.

So at Brighton we did all the double blacks that were open. On the main side on the double blacks there were boulders and you were technically just falling off a cliff, and you couldn’t even see the trail. And just to show how pro we were we had a snowball fight on it yeah! CRAZY

It was so weird going on the same run that I learned to carve on like three months ago. And now we were back. Doing 180’s jumps and park and were really good kid snowboarders on the mountain:) Best season ever! Probably we won’t get to do this trip again so we wanted to take advantage of it.

One thought on “Back To Brighton”